The news media here in Florida (as well as around the Southeast) has been reminding us that the disastrous 2017 hurricane season began its run as Hurricane Harvey was forming a year ago.

We're fortunate that this year it would seem that things are much more calm: 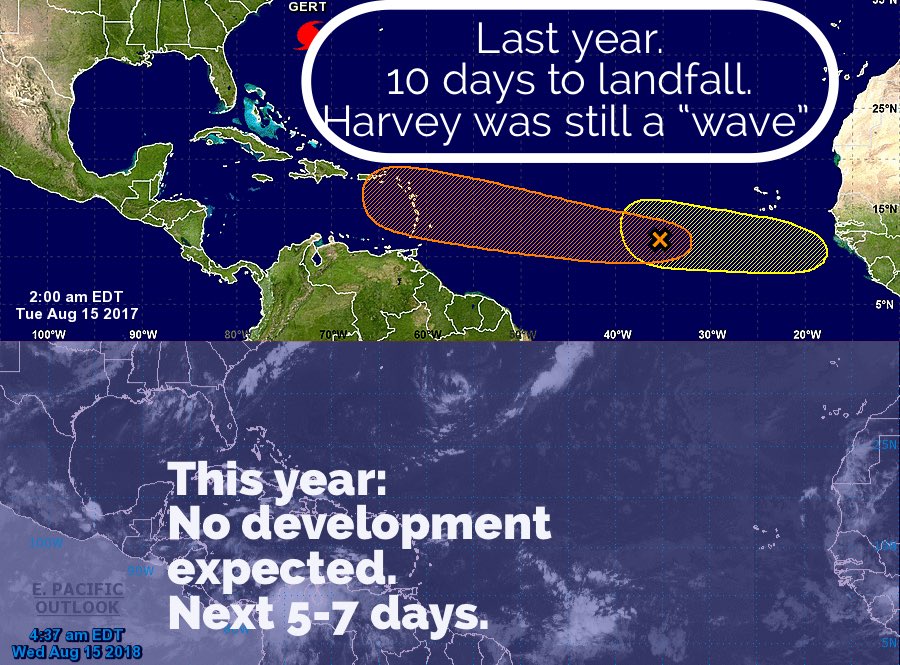 Of course, this past week marked the 14th anniversary of Hurricane Charley hitting Florida (August 14th, 2004) that started it all for this blog.  Actually, it was email updates to family & friends throughout the 2004 hurricane season that morphed into this blog with our first post on June 9, 2005 as Arlene became the first named storm of the season.  She formed just days into a season that would see 28 named storms (including Katrina & Wilma) and worry us in Florida as much as the 2004 season.
at 2:04 PM