The Season & the Drought Are Over

While I had more to watch & post about this summer and even had some minor impact from this season's storms, but all-in-all, it was much to do about nothing on the West coast of Florida.  Yes, we had a lot of rainfall that impacted some low lying areas around Tampa Bay.  But, these areas tend to flood on any heavy rain.   I'm sorry for those impacted by that, but they are used to it and I don't believe there was much serious damage to many homes or property

Yes, the headline is that after 10 years (Wilma in 2005), we finally had a hurricane make landfall in the state of Florida (Hermine)

We sat through a full day of rain from Hermine on September 2nd in Darlington South Carolina after it passed by the Tampa Bay area and made landfall in the Big Bend area of Florida and continued Northeast.  At home we received well over 5 inches of rain that day. 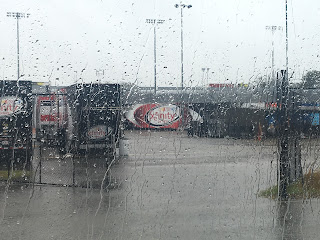 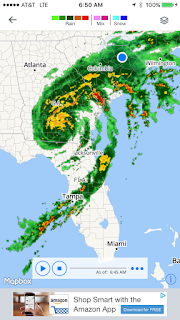 Matthew didn't throw anything but some lighter rain at us over here, which was the last significant rain we received the week of October 3rd.   While no wildfires (like in the Carolinas and Tennessee), we haven't seen rain in nearly 2 months here in Tampa Bay.