After Irma, we left town on a 40 day RV trip to New England and watched the aftermath of Irma and the next month and a half of the 2017 hurricane season.  The devastation in the Caribbean was heartbreaking.

Beyond the physical and emotional suffering of the residents of Puerto Rico and the Virgin Islands, we were especially saddened by the destruction of St. Croix where we had been in December of 2016 for our son's wedding at the (once) beautiful Caneel Bay Resort. 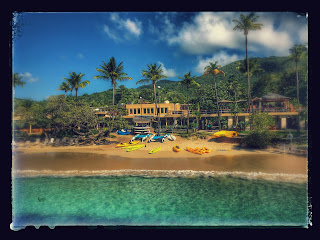 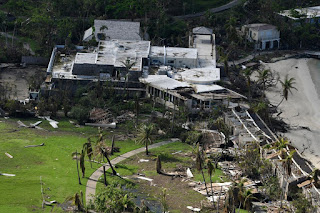 The pictures that came back from that part of the world are much better documented by the professionals.  All we can say is that after 10+ years of mostly non-events here in the Tampa Bay area (as documented on this blog over that time period), it was our turn in the barrel.  Fortunately some minor tree damage, a yard full of twigs and 2 days without power, were nothing to complain about.

What I will complain about is how slow it was and still is to help our fellow citizens in Puerto Rico.


We had planned to start our trip the day Irma hit, but had to delay our departure from Florida to Friday, September 15th.  We had heard that the traffic RETURNING to Florida on I-75 was heavy and that diesel fuel was short.  Along the way we certainly saw more traffic southbound than in our direction.  Diesel WAS spotty but available and the biggest impact seemed to be shredded roadside billboard and streams of power and tree cutting trucks headed to Florida. 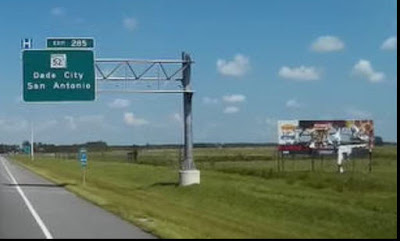 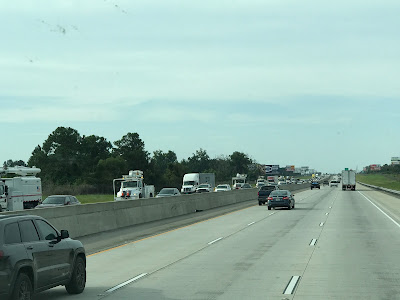 Now, a month into the 2018 season, with prediction from below-normal to normal activity, we stay prepared and ready, should we be affected as little or more than Irma did last year.
at 10:33 AM