There is plenty of coverage of Matthew on the Internet.  Unlike when I started this blog 12 years ago, it's easy to access the news, both in terms of live video & blog feeds from those inside the path via Twitter, Facebook and other social media, not to mention a simple Google search.   Back in the day I might have included links to coverage I had found on the web, but it really seems necessary today. 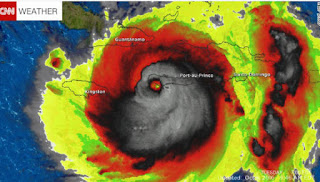 In 2004 when Charley, Jeanne & the others hit, 64 in 100 people had cellphones.   Today 112 in 100 have one, most of which are smart phones with cameras and easy connection to connect to the Internet to share their experiences. 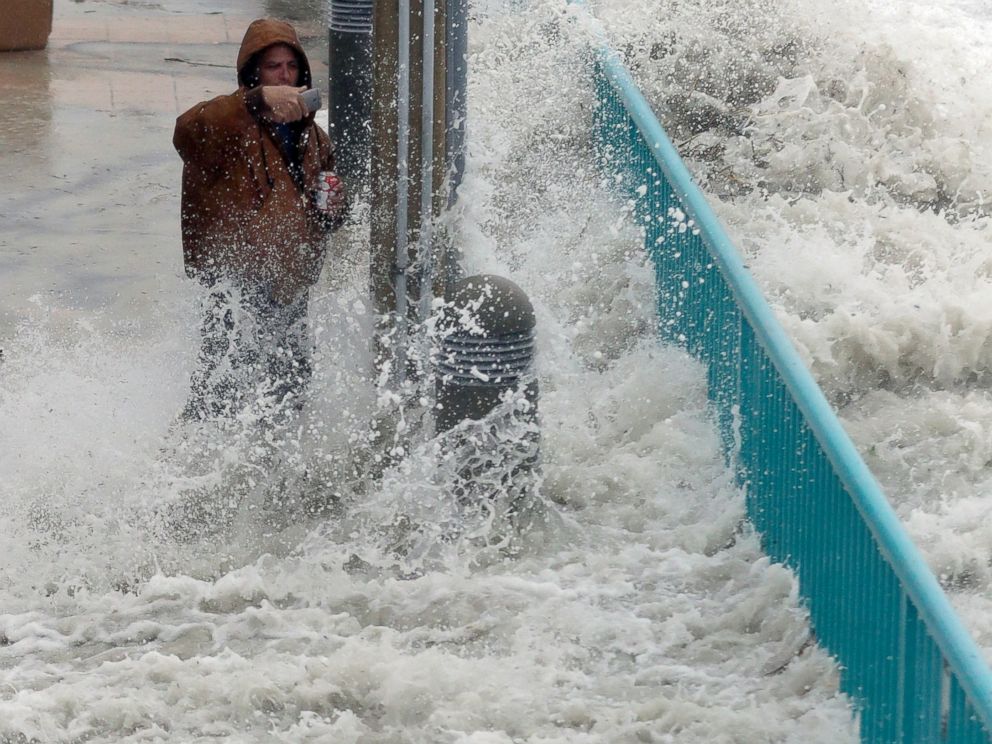 Brian Johns is hit by a wave as he tries to video the effects of Hurricane Matthew, Oct. 7, 2016, in Daytona Beach, Fla.

In summation from the West Coast of Florida, where we had nothing more than a little rain and some slightly-more-than-normal wind, we have nothing to complain about and feel lucky we aren't going through what our fellow Floridians (as well as Carolinians) are going to have to go through to clean up and restore. 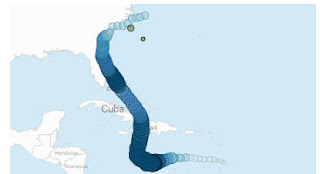 My only concern going forward is that since the majority of the residents here in Florida were NOT affected (or very slightly affected) and the coverage during the impact of the storm "seemed" alot less than expected (where were those 9 foot storm surges in Florida?), that we will continue to be complacent should another storm take a more powerful head-on impact into the state.

I give the governors of each state affected a lot of credit for taking the most serious warning approach to their messaging, even if it seems that the impact was not has bad as advertised.  Another 30-50 miles closer to shore or a left turn to make a Florida landfall, and perhaps it would have been as bad or worse than warned.

And of course, thank you the first responders and condolences to anyone who lost life or significant property!
at 2:40 PM