Tropical Storm Andrea has formed in the Gulf of Mexico, the National Hurricane Center in Miami reported late this afternoon. It is the first named storm of the 2013 Atlantic hurricane season.

Andrea will bring heavy rain, gusty winds, rough surf and severe thunderstorms to much of Florida on Thursday, according to AccuWeather meteorologist Alex Sosnowski.

It is forecast to cross the Florida peninsula on Thursday before heading up the Eastern Seaboard on Friday and Saturday, delivering heavy rain and thunderstorms from the mid-Atlantic to New England. 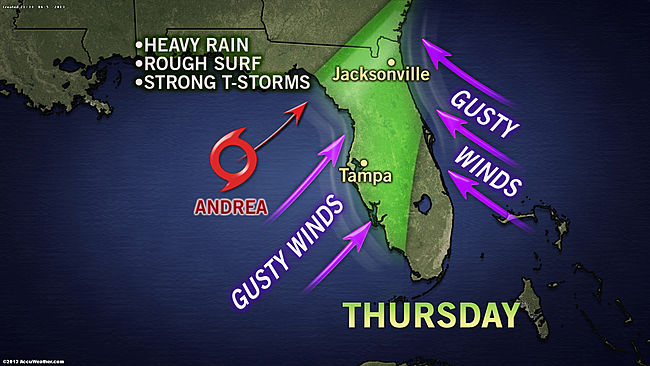 Tampa Bay meteorologists are predicting a "rain event".   I've turned off my sprinklers.