Houston, we have a problem! 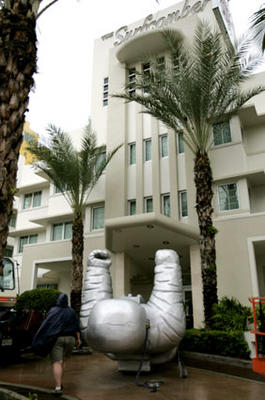 The MTV mascot Moonman lies on its back after being removed from the roof of the official MTV hotel, the Doubletree Surfcomber, in preparation for Tropical Storm Katrina before it made landfall in Miami Beach, Thursday, Aug. 25, 2005.

The MTV Video Music Awards show is in Miami Sunday night. The city is hosting celebrities and partygoers in town for the Awards. MTV called off its pre-awards festivities Thursday and Friday.
at 7:24 AM